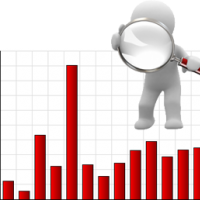 In an attempt to cool the real-estate market and reduce inflation, the Bank of Canada has increased the overnight interest rate by 0.25%. An increase in the cost of borrowing is certain to have an impact on the number of homeowners and homebuyers.

When the Bank of Canada’s overnight rate changes, chartered banks will adjust their prime rates, which then impact variable rates.

Using an example of a five-year variable mortgage with a rate of 1.25 per cent, a down payment of 10 per cent and an amortization period of 25 years on a home that costs $748,500, the mortgage payment amounts to $2,696. After an increase of just 0.25 per cent in the mortgage rate, the total payment rises to $2,776, a difference of $80. This amounts to an increase of $960 per year, according to data from RateHub.ca.